"The rise of popular nationalism and white supremacy in the twenty-first century would be familiar to Eleanor Roosevelt. Her life offers insight and strategies for speaking truth to hate."

Eleanor Roosevelt is one of the most influential women in American history. She was a groundbreaking social influencer, a media professional, and a political leader in her own right. Her words on racial and social justice sound ripped from our own time.

This book brings together past perspectives with newly accessible documents and investigations of Roosevelt's historical impact. It provides primary documents and highlights the network of women–socialites, labor leaders, lesbians, and progressive visionaries–who were influenced by and worked hand-in-hand with Roosevelt. Her network of women shaped President Franklin E. Roosevelt's "New Deal" policies and transformed government's role in American society. 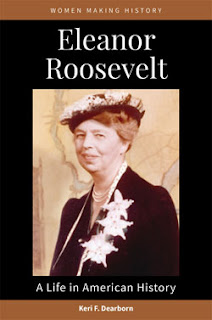 Eleanor Roosevelt lived through and was a participant in some of the most critical moments of the twentieth century: World War I, the 1918–1919 influenza pandemic, the Great Depression, the 1943 Detroit race riots, World War II, the first use of a nuclear weapon against humanity, the beginning of the Cold War between the US and the USSR, and the establishment of the United Nations. She played a leading role in labor reform and the inclusion of women in American politics and government. She was a pioneering journalist in radio and television, who helped lay the foundation for anti-discrimination legislation and the modern feminist movement.

Her story is especially relevant today because she experienced and actively fought to improve many of the same challenges we continue to face in the twenty-first century: extreme economic inequity, communities challenged with substance use, a global pandemic, racial divisions, international persecution of refugees and ethnic groups, and threats to human rights.

Eleanor Roosevelt and her women's network quietly changed government and society from within the male power structure. She played an integral role in shaping the United States we know today and her strategies for change could help us create a better tomorrow.

Other Titles in the Women Making History Series 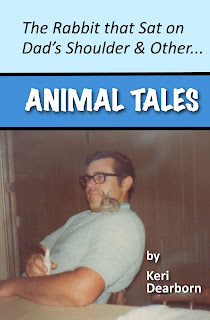 The Rabbit Who Sat On Dad's Shoulder ... and other Animal Tales

Some families are notorious for their Animal Tales. From Squirt, the wild cottontail that watched TV perched on dad's shoulder, to the desert tortoises hibernating under the bed, I invite you into my world of wild creatures that have inspired wisdom and laughter.

When an animal enters your life, it changes you–whether it's a goldfish with a shark complex, a black bear sizing you up, or an uncle that actually is a goat. 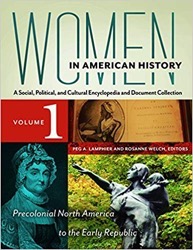 Women In American History; A Social, Political, and Cultural Encyclopedia and Document Collection

This four-volume reference set documents the complexity and richness of women's contributions to American history and culture. From Martha Washington to Mary Cassatt, from the cultural roles of indigenous women to the League of Women Voters, this reference brings together the social, political, scientific, and cultural contributions of women that often go unheralded. Primary documents, legal court cases, private letters, and more provide additional depth to the stories of women from the Ladies Garment Workers Union to Lady Gaga.

Cited as a 2018 Outstanding Reference Source by the Reference and User Services Association and awarded a Best Book Award in "Women's Issues" by the American Book Fest in 2017. 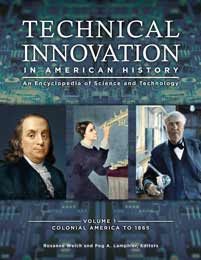 Technical Innovation in American History; An Encyclopedia of Science and Technology

Groundbreaking technology is woven into the founding of the United States. This two-volume reference covers the individuals who led American scientific discovery and how their innovations built a nation. Iron working and weaving were technologies forbidden in the American colonies because they threatened the manufacturing prowess of England. Suppression of technological advancement fomented the American Revolution.

From the first iron foundry in the British colonies to the Quaker woman Hannah Wilkinson Slater who was the first woman to receive a patent in her own name in the United States (for the process of spinning cotton thread), this reference pays greater attention to the undertold stories, the women and people of color who helped innovate and shape our modern world.